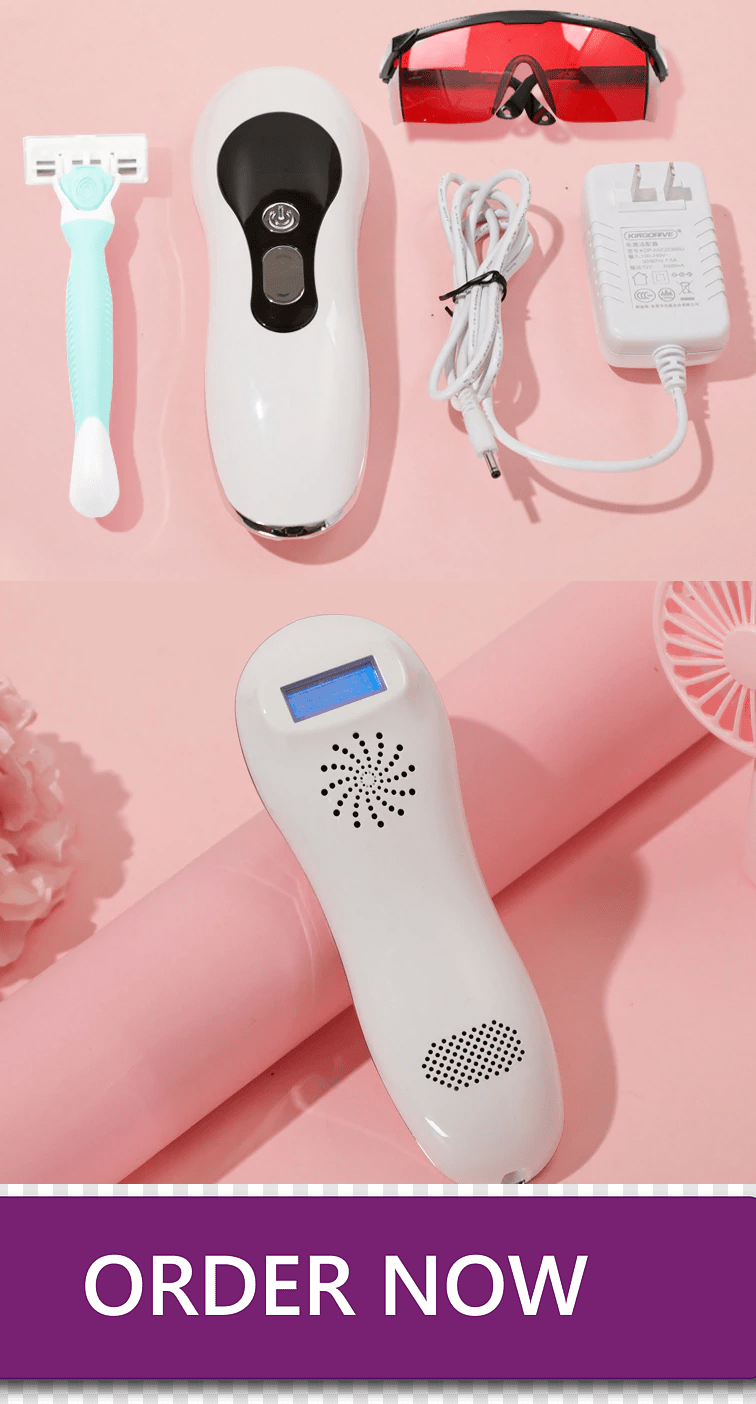 Arm waxing refers to a simple process that allows you to remove hair under the armpit through the use of wax. Generally, waxing is one of the common means of removing hair around the face, arms, and other body areas.

Waxing arm hair involves the coating of a thin layer of wax over the arms. Then, a muslin strip will be placed on the layer. Once the strip is pulled, the hair will be pulled out from its root. Although this method can be quite painful, it is often effective for removing hair from the arm.

Pros and Cons of Waxing

If you are considering waxing your arm hair, here are some of its benefits:

Before waxing your arm hair, you should note the following drawbacks:

The best alternative to arm waxing 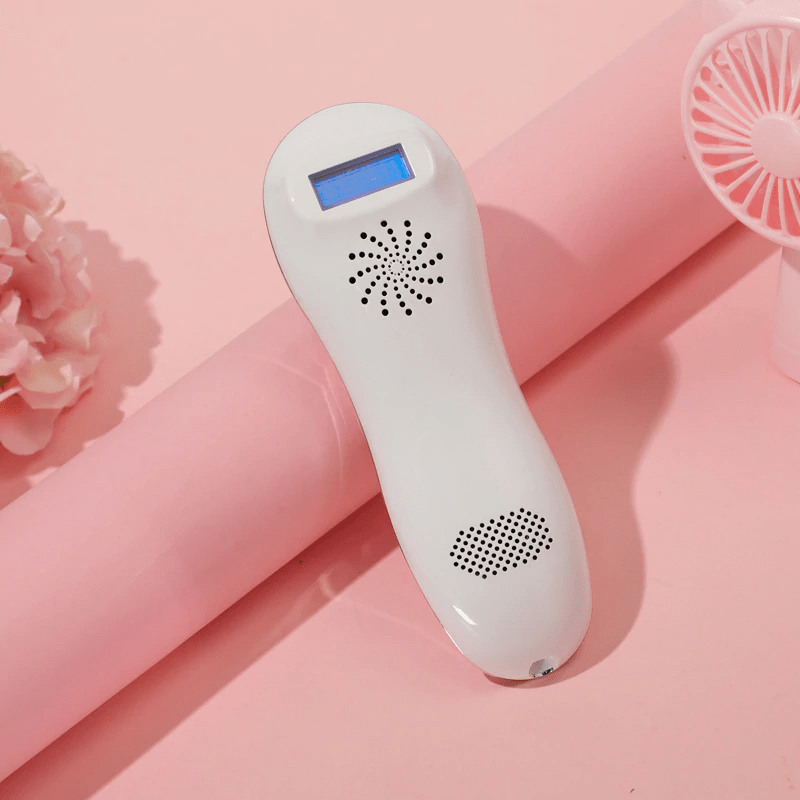 Do you have a problem with using waxing to remove hair from your arm?

Do you dread the pain that arm waxing can cause? If yes, you should consider other arm hair removal methods that are available.

The best alternative to waxing arm hair is the use of Homiley IPL hair removal.

This simple yet effective method doesn’t require any technical know-how or experience to use.

Resultantly, anyone can use the Homiley hair removal handset at home to get rid of hair in their arm and even other parts of the body.

Unlike waxing, this method doesn’t hurt you and has no risk of infections. 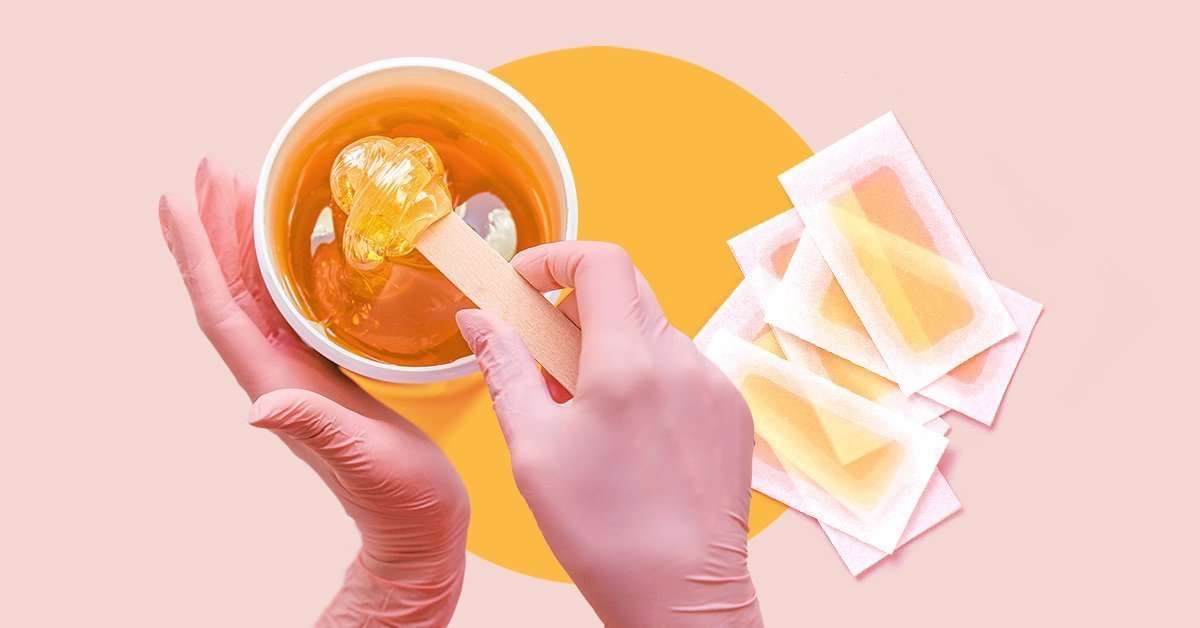 Is it a bad idea to wax your arms?

No, waxing arm hair is a good idea because there are loads of benefits attached to it.

Foremost, you will not need to shave too regularly and may also avoid having any skin irritation. Waxed arms are also easier to exfoliate and moisturize.

How long does arm wax last?

How long it will take arm wax to last depends entirely on how fast your hair grows.

On average, the arm hair will grow back after about 3 weeks. Nonetheless, it will take a more extended period to grow back for some people while shorter for others.

Is it better to wax or shave arms?

Comparatively, none of this method is better than the other. Everyone has to consider the pros and cons of each method before deciding the one to go for.

While waxing is painful, it provides a longer result than shaving as it removes the hair from its roots.

On the other hand, shaving requires lots of maintenance, but it is usually cheaper and less painful than waxing. Again, the better choice depends on you.

Does waxing arm hair make it grow back thicker?

No, waxing doesn’t make your arm hair grow back thicker. In fact, this hair removal method performs the opposite by causing your arm hair thinner, patchier, and lighter when growing back.

So, if you think your arm hair is growing back thicker after waxing, you should consider seeing a dermatologist as there may some underlying factors.

Is it healthy to wax pubic hair?

Yes, waxing your pubic hair is entirely healthy and even safe as long as you follow the right waxing process.

Should I wax or shave my pubic hair?

Otherwise, shaving is cheaper alternative to waxing but doesn’t product a long-lasting result.

Do you need an affordable, pain-free, and easy way to remove pubic hair? Go for Homiley IPL hair removal.

Does Brazilian Wax cause sagging?

Yes, Brazilian Wax can lead to sagging of the skin. However, it is essential to understand that this only happens when the procedure is not done properly and safely.

So, if you want to prevent sagging after a Brazilian wax, you should let a professional handle it.

What to put on VAG after waxing?

After waxing your vagina, you should consider putting mild gel with aloe vera or other natural ingredients around the skin.

This product soothes the skin and lessens the pain. On the other hand, you should avoid all sorts of perfumed oils and creams.

How bad does it hurt to get your VAG waxed?

Waxing your vagina hurts quite badly as the hair around the area is forcefully pulled out from its follicles. However, the hurt will likely disappear after a few seconds without any tears.

How much does a full Brazilian wax cost?

The cost of a full Brazilian wax differs from one waxing parlor to another. So, while some parlors may charge you as much as $120, others may offer Brazilian Wax for as low as $30.

Is it OK to shower after a Brazilian wax?

No, it is not OK to shower after a Brazilian wax. Taking a shower after the treatment can make the body-area more sensitive; hence, increasing the risks of infections.

So, avoid taking a shower or submerging in pools or other water bodies for at least 2 hours after a Brazilian wax.

How long should you leave your pubic hair before waxing?

You should leave your pubic hair to grow to about ¼ of an inch before waxing it.

As a consequence of this, you are likely going to get a better and longer result.

What not to do after waxing?

After waxing, here are some crucial don’ts.

How many hours after waxing can I shower?

You can shower about two hours after you have waxed your hair. Using lukewarm water to take a shower, you will be able to reduce the sensitivity of your skin and stabilize your body’s temperature.

However, don’t go to the sauna or use the pool, hot water, or any large water bodies for a few days after the treatment.

Can I shave missed hairs after waxing?

Yes, it is perfectly OK to shave any missed hairs after your waxing session has been completed.

Use a new razor and shaving cream for it to reduce the risk of infections.

However, you should note that the shaved hair will grow back quicker than the waxed ones because of the procedures these two methods usually utilize to remove hair.

No, no evidence shows that waxing will eventually stop your hair from growing back.

Although each waxing session will remove the hair for as much as 6 weeks, the hair will still return. However, over time, the hair will grow back finer and thinner.

Therefore, it will be less obvious than before.

Is it normal to still have hair after waxing?

Yes, it is entirely normal to still have hair after waxing. It’s because waxing can be done to hairs that are at different phases.

Therefore, while some hairs are long enough to be waxed, others are too short to be removed by wax. Therefore, you may still have such short hairs after waxing.

How many times do you have to wax before hair stops growing?

After every waxing session, the treated body part should be hair-free for about 2 to 6 weeks, depending on your normal hair growth.

It will take a long time for hair roots to be damaged enough to stop hair from growing if you wax regularly. Nonetheless, this may not even happen at all.

Usually, waxing does not directly darken your skin. However, waxing often removes the top layers of your skin; therefore, it makes your skin more susceptible to the effects of tanning and sunlight. So, your skin may darken after waxing. 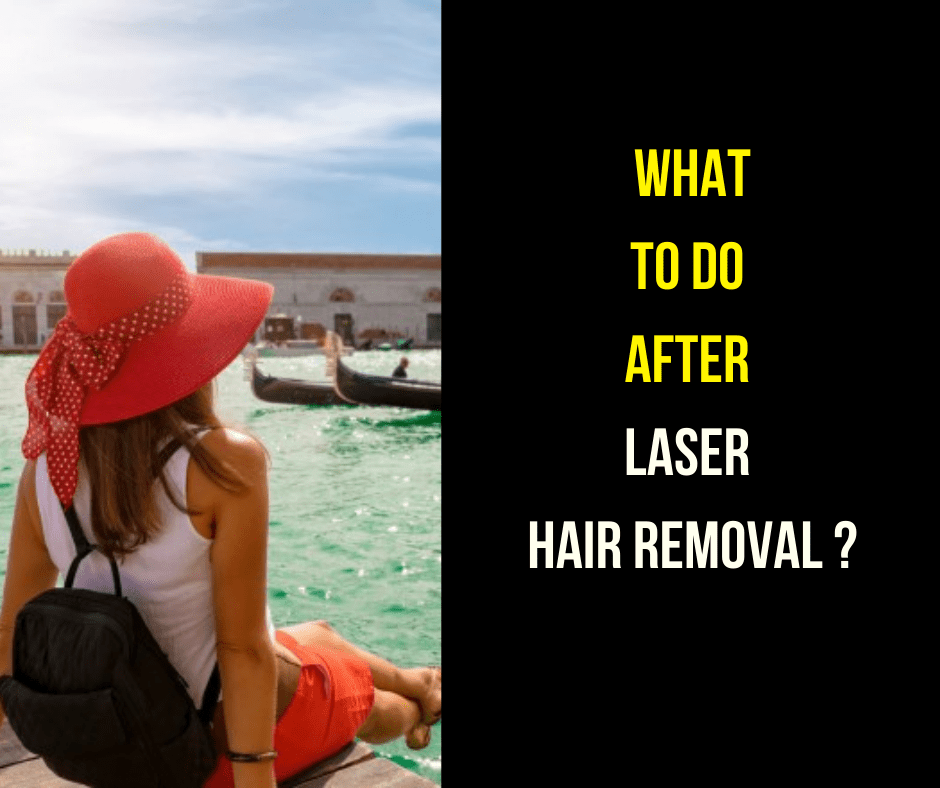 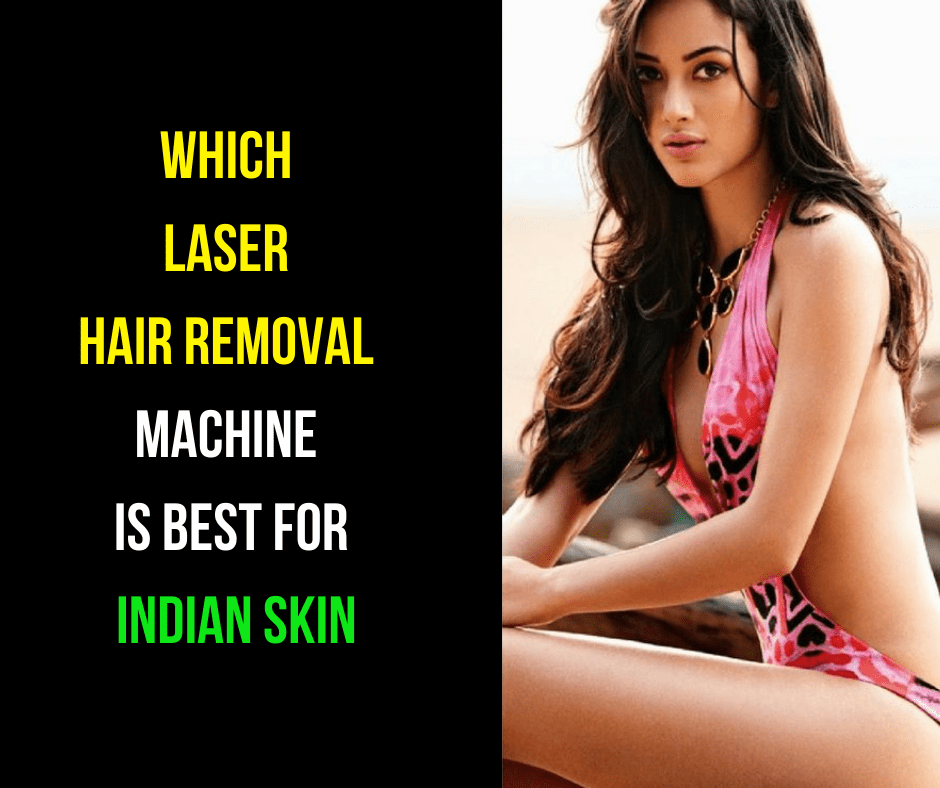 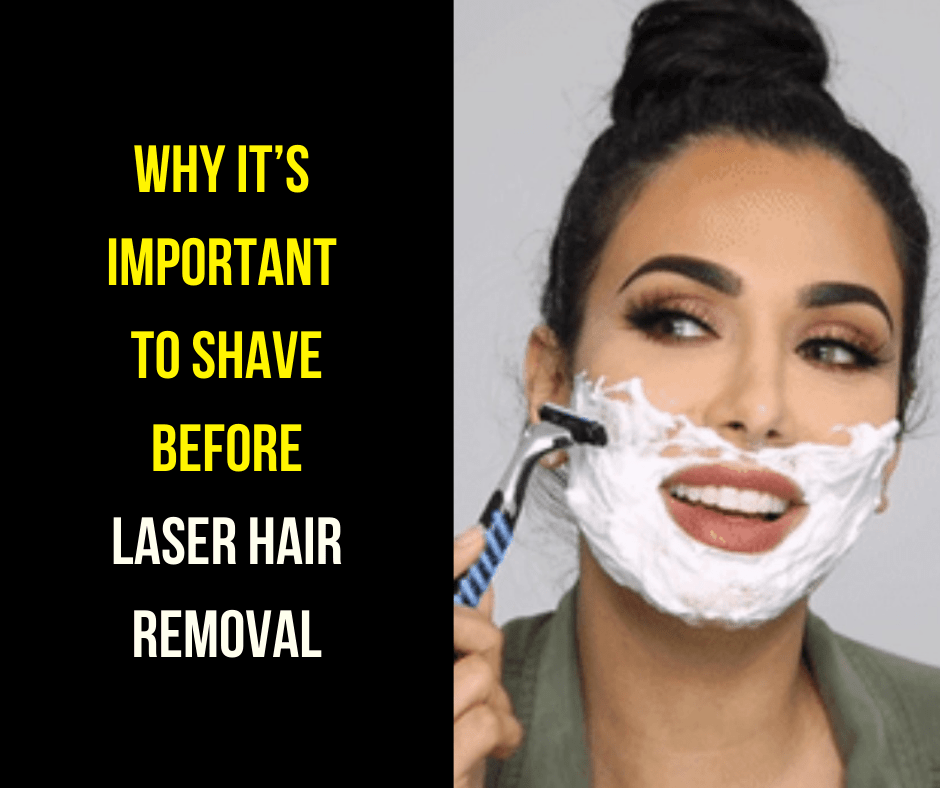 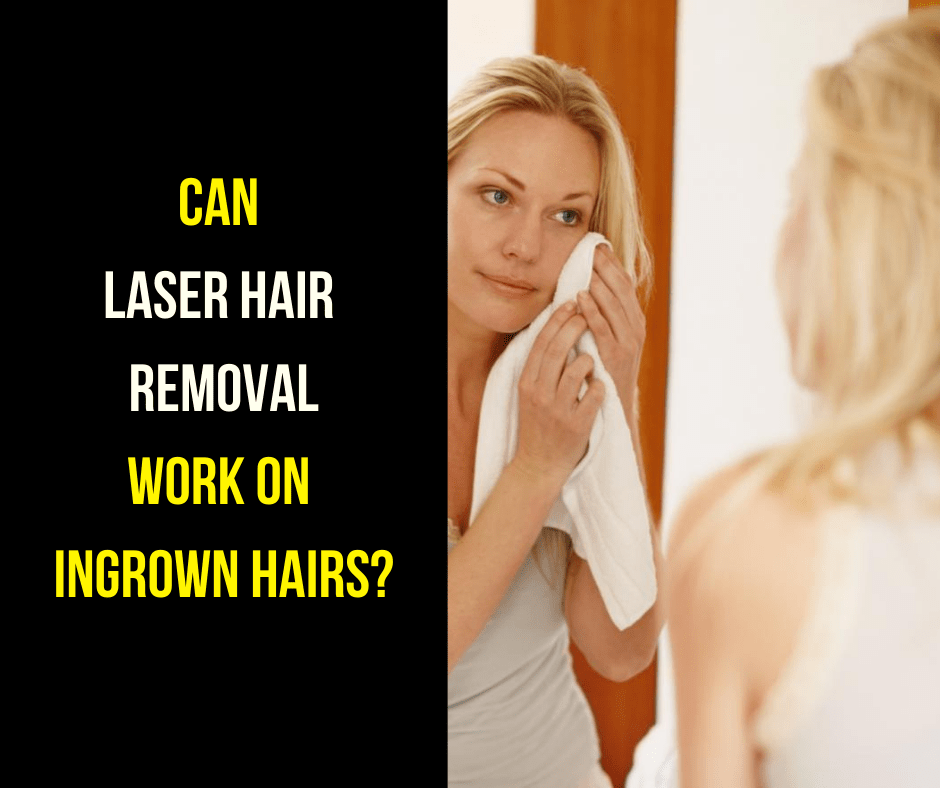 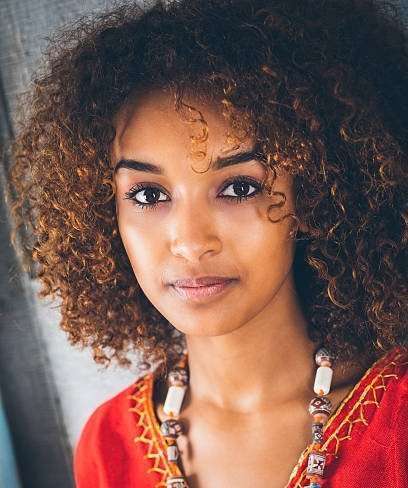 I’m Stacy, a solopreneurs, fashionista, and blogger. From a very young age, I have shown interest in beauty, and my ambition led me to a height of promoting high fashion and creating my beauty products. When I’m not writing, you will see me on the piano.

No products in the cart.